Please note: MQTT support was deprecated in CrateDB 3.2 and will probably be removed by 4.0

MQTT (Message Queue Telemetry Transport) is a machine-to-machine communication protocol particularly well suited for machine data and Internet of Things (IoT) applications. It has gained a lot of popularity because of its simplicity and low network resource usage.

The MQTT protocol employs a publish-subscribe model where clients publish messages to a central broker which then dispatches them to subscribers and then acknowledges them according to the specified quality of service.

This model works well with event driven architectures where the subscribers can react to delivered messages.

However, sometimes it's useful to to store these messages so that you can analyze them and react to them (or a filtered or transformed version of them) a later point in time.

Normally, to achieve this, the subscribers would each need to individually transform (if necessary) and persist the messages as they receive them from the broker. 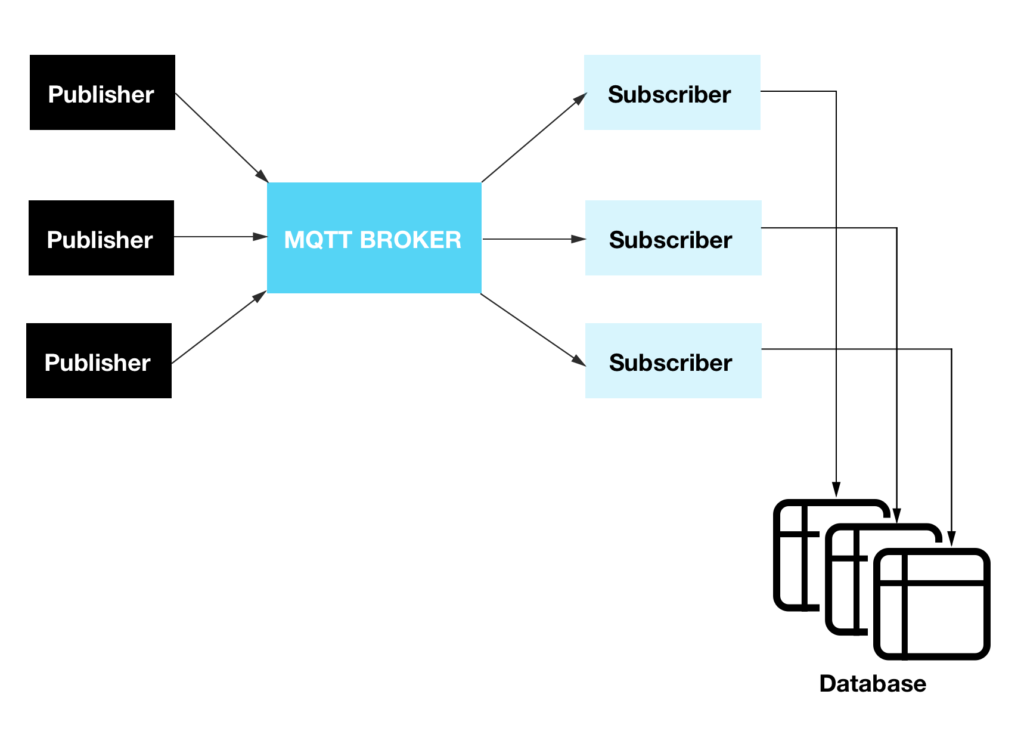 CrateDB simplifies this by acting as an MQTT endpoint that writes messages to user defined tables according to user defined rules. These tables can then be queried or polled at will by CrateDB clients.

With this setup, no intermediary brokers or message queues are needed. 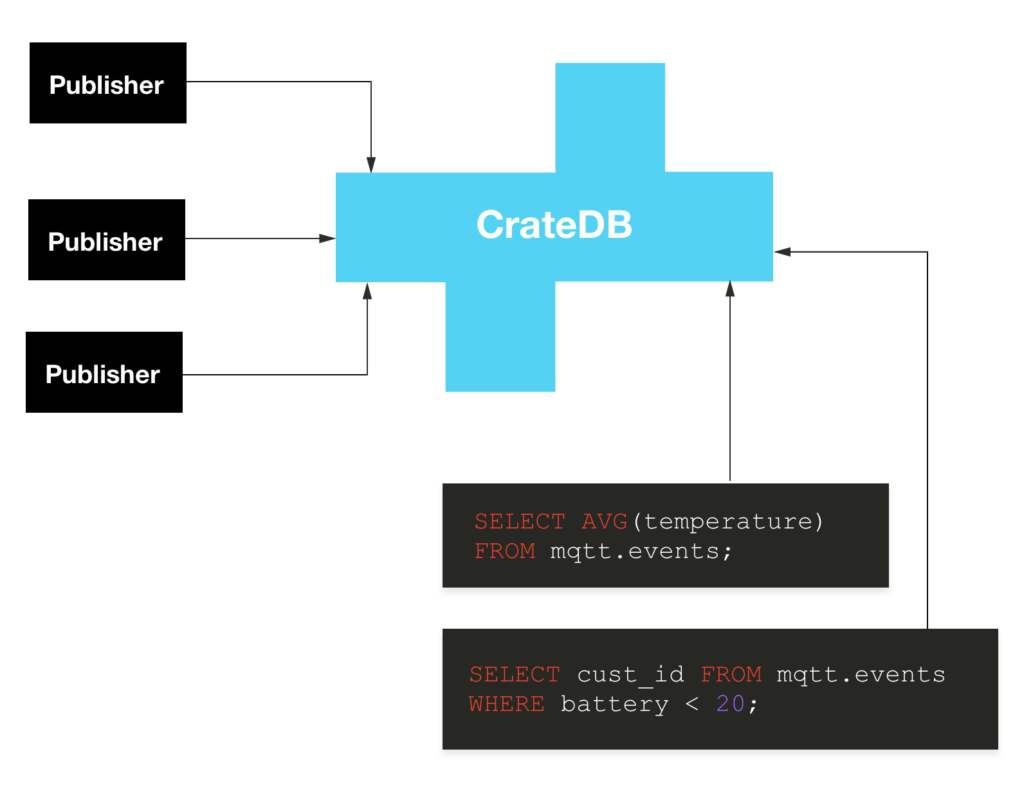 Let's try this out for ourselves.

In this post I will show you how to set up a simple script that publishes system monitoring information via MQTT to CrateDB acting as an MQTT endpoint.

Feel free to use any MQTT client to send messages on topic events/system_load with a valid JSON payload.

I will show you how to setup a Python 3 script that does this.

Create a project folder for the script:

with the following code:

This simple script will send an MQTT message every second reporting the system CPU and memory usage.

Configure CrateDB as an MQTT Endpoint

If you don't already have CrateDB installed, download and install CrateDB.

We need to configure CrateDB to act as a MQTT endpoint. This is as simple as setting the ingestion.mqtt.enabled configuration setting to true.

Find your config/crate.yml file, and add this line:

MQTT ingestion has now been activated.

By default, CrateDB will listen for MQTT messages on port 1883, but this can be changed using the ingestion.mqtt.port setting. We could also enable SSL if we wanted, but we'll skip that for this tutorial.

The output from CrateDB should indicate that it is listening on port 1883:

Before we can start publishing messages, we need to create a table where CrateDB can store MQTT messages.

Start crash and connect to your CrateDB node:

If you are not running CrateDB locally, replace localhost with the correct hostname.

The target table (where the messages will be written) needs to have the same data structure as the MQTT message structure.

Next, create the ingestion rule that will route the system monitoring events to the mqtt.system_information table:

This instructs CrateDB to create an ingestion rule named system_monitoring that will write MQTT messages with a topic that starts with events/system to the mqtt.system_information table.

Notice that the topic is a field in the MQTT message.

You can construct more complex filtering scenarios involving other fields, if you want to. For example, adding AND client_id='FE:12:34:56' to the WHERE clause would filter messages so that only messages from the FE:12:34:56 client would be written to the table.

Furthermore, you can use the timestamp field to filter messages that are received during certain hours or on certain days.

Let's review what we have:

Let's test things out by starting the script.

First, make sure CrateDB is running.

Them, in the script folder you created before, run this:

This initialises a Python virtual environment using the env directory. You will need to run this command every time you want to start the script in a new shell.

Hey presto! Our script is publishing system load information via MQTT to CrateDB, which is then writing it to a table.

From here, you could experiment further by writing a client that polls CrateDB for messages.

Or, if you were feeling really adventurous, you could write your own ingestion source plugin for CrateDB. And if it’s something the community could benefit from, we’re interested in paying you. Get in touch.