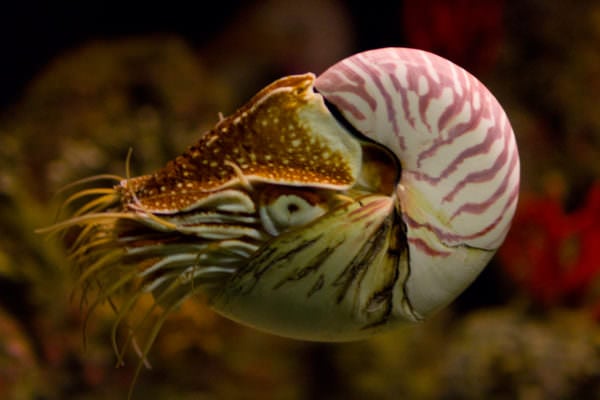 Crate is a database, a place where you store your most valuable business assets. For this reason, it is important to detect and mitigate any vulnerabilities as soon as possible. We value security highly. Using open source libraries enables us to closely monitor any security advisories disclosed. While building and packaging Crate, we only use the latest versions with no known vulnerabilities.

Base Level Security: Signed and Stamped

Since Crate generally plays well with containers, many users like and download our Docker images. As containerization is a new technology, many security experts have questioned how to ensure that the code running inside containers is untampered with and doesn't include backdoors or other malware. This is an excellent question to ask, and we have made significant effort to address it.

We already have an Official Image in the Docker Hub, a curated repository of useful software components that is actively reviewed by a specialized team at Docker, Inc. To be able to provide and maintain Official Images, we adhere to certain standards, answer support questions, and update our image whenever necessary. For example, Docker's engineers helped us to improve checking the GPG signatures of some extra packages we still need to build at the moment, since not all of Docker's dependencies are available as upstream packages from Alpine at the moment.

As a result of the peer review, our Official Image is digitally signed. You can enforce checking this signature when you use docker pull crate with export DOCKER_CONTENT_TRUST=1 enabled. This way you are guaranteed to download an untampered image.

Nevertheless, we are delighted that Docker takes an extra effort to detect even more security issues in containers: As part of the Docker Security Scanning Project, formerly known as Nautilus the container vendor scans each layer of our Official Image and notifies us on any findings. They check shared libraries and other important artifacts, calculate a hash value of them and look them up in a known-goods and known-bads database. If they find a potential vulnerable component, they list it on their website together with some hints and a CVE number.

This feature has been available to Official Repo partners like us since DockerCon EU in November 2015. For us as a publisher on Docker Hub, it is valuable to have this kind of insight. To make our official crate image a part of the Docker Security Scanning project, we had to make a number of changes. We switched from the Java 8 base image (derived from Debian) to version 3.3 of Alpine Linux and installed the OpenJDK 8 ourselves. Alpine Linux is a recommended foundation of thoroughly scanned images with Nautilus. When we started, Docker reported 9 critical and 5 major issues in 5 out of 125 scanned components. A component is typically an artifact like a shared library or binary installed by a package manager: 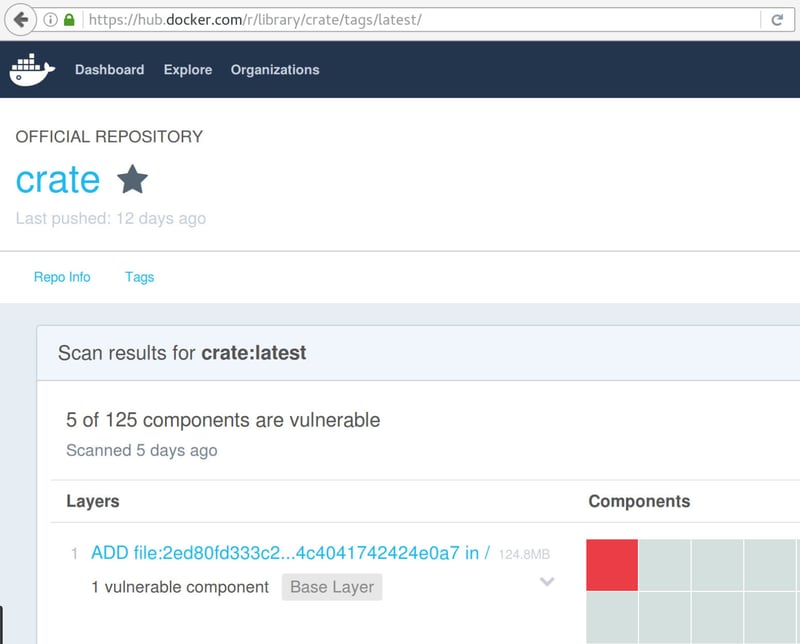 Nautilus reported issues in 5 out of 125 scanned components. Luckily all of them had been easy to fix.

All the reported issues came from Debian libraries and Java packages. Docker lists their CVE-numbers for reference. Though we suspect some of them are false positives, it's worth verifying them. For example, Nautilus reported two issues with Oracle Java SE, but the image just contained an OpenJDK package:

With deep insight from the scan it's easy to single out vulnerable libraries and fix them.

The issues were all resolved as soon as we switched to Alpine Linux and applied a few changes to our publicly maintained Dockerfile on GitHub. We had to adapt the package names slightly, since we now use the APK package manager of Alpine Linux, which feels much like the APT system we used before, but has different naming conventions. This was easy because Crate just requires a Java 1.8 environment and some extra libraries, most available in the APK package manager.

Build Environment for a Special Library

One exception was the Sigar library which we use to provide platform independent statistics on system load, pick up disk utilization or network throughput from the operating system. We feed that information to our sys-tables for cluster infrastructure management.

The upstream Sigar code expects to be compiled in a glibc-based build environment, but Alpine Linux comes with a libc-musl, which claims to have a lean footprint and is easier to audit. Unfortunately the upstream libsigar doesn't work with libc-musl out of the box, nor is there a version of libsigar in the Alpine Linux APK repositories for version 3.3. Building the library required some small, but tricky patches, most notably setting up an Ant environment from its source since that wasn't available in Alpine 3.3, too.

Thankfully Natanael Copa, an Alpine Linux maintainer and Docker employee, got in touch to help us patch the Sigar upstream code and compile it with libc-musl. Currently we do this in several stages. In lines 18 to 39 we download, verify, and compile Ant; lines 40 to 42 apply the patch to the upstream libsigar and lines 43 to 55 build and package the library into Alpines package manager.

The remaining code from line 58 just downloads the platform independent Crate code, installs Java (for the Crate core) and Python (for Crash, the Crate shell client) and checks the integrity of all downloads with a cryptogrphic GPG signature. The Docker folks kindly pointed out verifying signatures is more secure if we bake the actual GPG fingerprint into the image instead of just using the key ID.

Two Birds With One Stone

While working on the fixes we discussed with Alpine developers having actual APK packages for the upcoming Alpine version 3.4. Both Jakub Jirutka and Natanael Copa agreed to have packages for Ant and Sigar, respectively. Now we're prepared and once the Alpine team releases their new version, we are able to strip our Dockerfile even more. The result is a 148 MB image down from 181 MB we had before the switch. More importantly, all previous issues are gone! But, wait! Once we've been down to zero, the nasty CVE-2016-3443 showed up (together with some of its ugly siblings). Fortunately the Alpine team is already working on the fix for OpenJDK and we'll let you know as soon as possible. 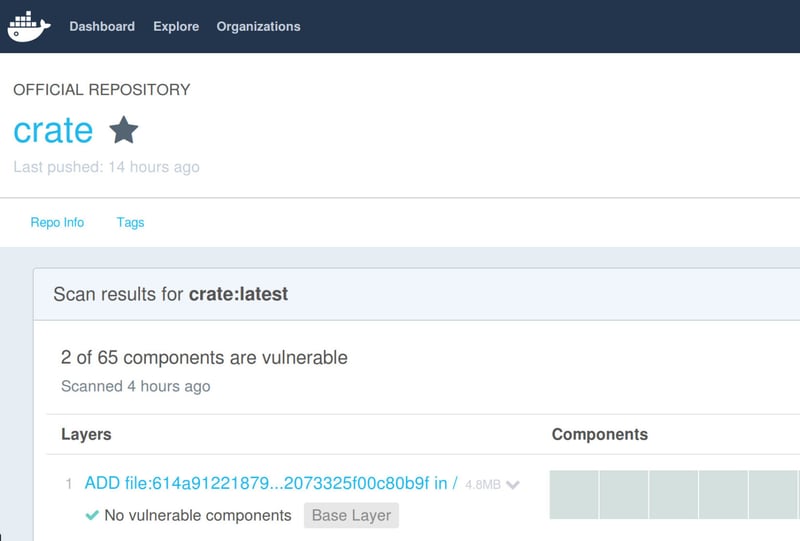 Docker named its security project originally after the Nautilus, an old marine mollusk that lives in a spiral shell. It has up to ninety tentacles probing its environment. The shell comprises of a sequence of confined chambers that relate to the layered components of a Docker image. As Docker announced the service officially to its users, they renamed it to Docker Security Scanning.

Switching to Alpine as an base image had several advantages for us: It has a smaller memory footprint, we benefit from enhanced security thanks to the Nautilus project and reduced the size of the image by 33 MB. Pretty amazing for a giant shrimp!